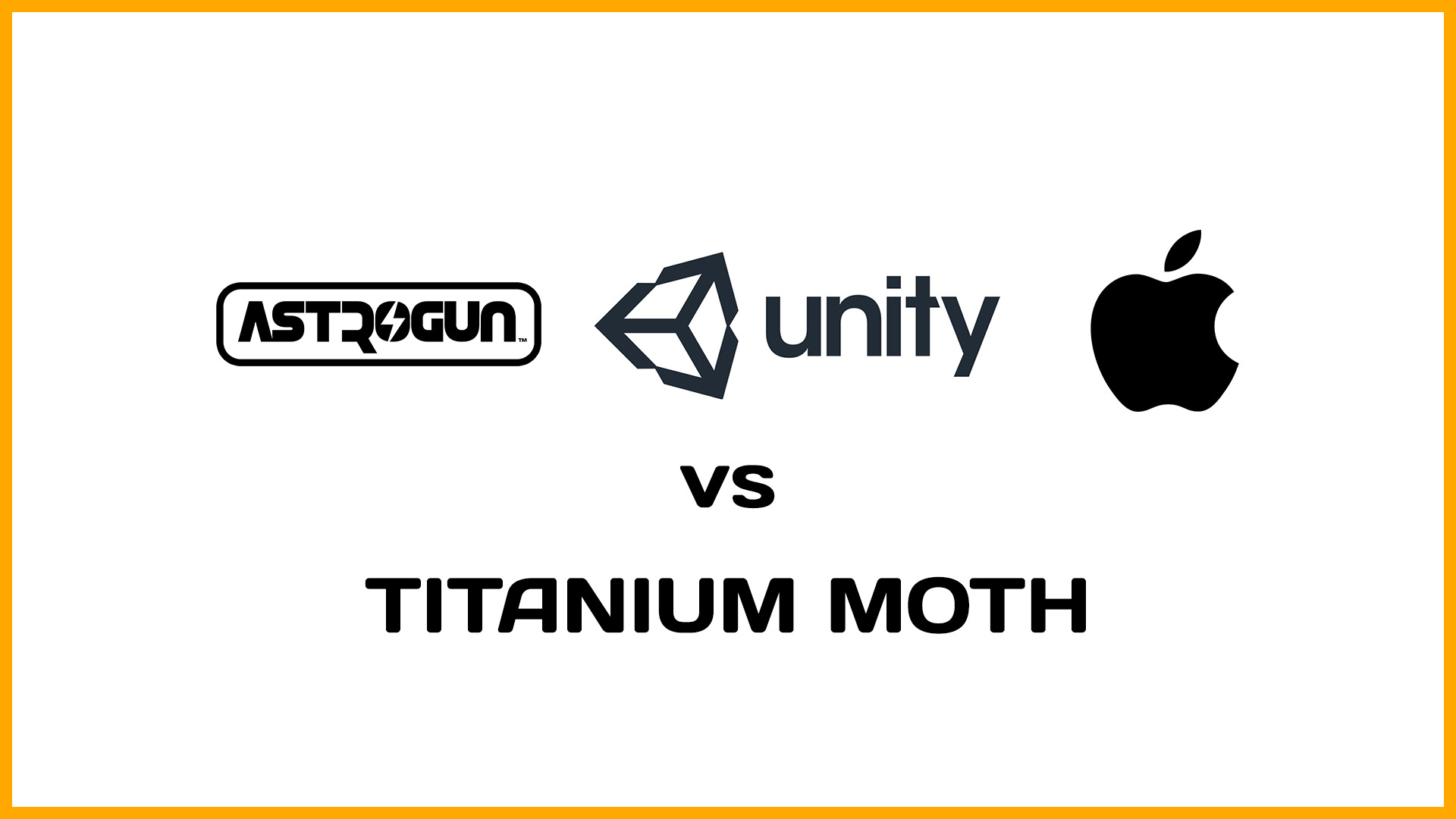 Astrogun, Unity, and Apple have informally teamed up to solve the ‘Titanium Moth Bug’ Bug affecting iOS and tvOS Unity games. Marton Ekler of Unity reached out to Astrogun CEO Xander Davis on February 14th, to propose Astrogun share a Unity built iOS Xcode project of VAST to submit to Unity’s engineers who will review and then pass on to Apple’s engineers, all to team up to fight the Titanium Moth bug that has been known since Summer 2018 to incorrectly quadruple Unity’s memory footprint on iOS / tvOS devices, causing games there to crash when they otherwise would have worked.

Astrogun already has found a work-around to this between December 2018 and January 2019 by crushing texture compression and lightmap settings all the way down from 4K source assets, which is barely noticeable on iPhone’s smaller screen but is on tvOS and especially 4K UHDTVs. On internal development builds on macOS, this bug is not present or at least not causing crashes, so 4K assets can be used there. VAST was originally first developed during Summer 2017 with macOS and tvOS for Apple TV 4 (2015), where the game worked with full asset quality, nearly two years ago by now. While we have enabled VAST to work on iOS and tvOS despite this bug, we look forward to returning VAST’s texture quality to full again with it formally resolved soon.

We are very encouraged by this new idea to submit built Xcode projects to Unity instead of the full VAST Unity project (our full source), so Astrogun’s Davis has agreed to share this with Unity and Apple in the hope that it helps them solve Titanium Moth and full quality can be restored to VAST on iOS and tvOS, as well as help other developers and their games worldwide achieve full quality and eliminate crashes again too.

Astrogun will continue to provide direct assistance on this to Unity and Apple engineers any way it can now going forward. We would also encourage other iOS/tvOS developers to do the same now by getting in touch with Marton at Unity.

We will keep you posted on the progress! You can also follow the official Unity forums thread about this issue. As mentioned, Astrogun has already achieved a workaround for this, so VAST is playable on both the iOS and tvOS editions and will only get even better in quality with this issue formally resolved. Have fun!