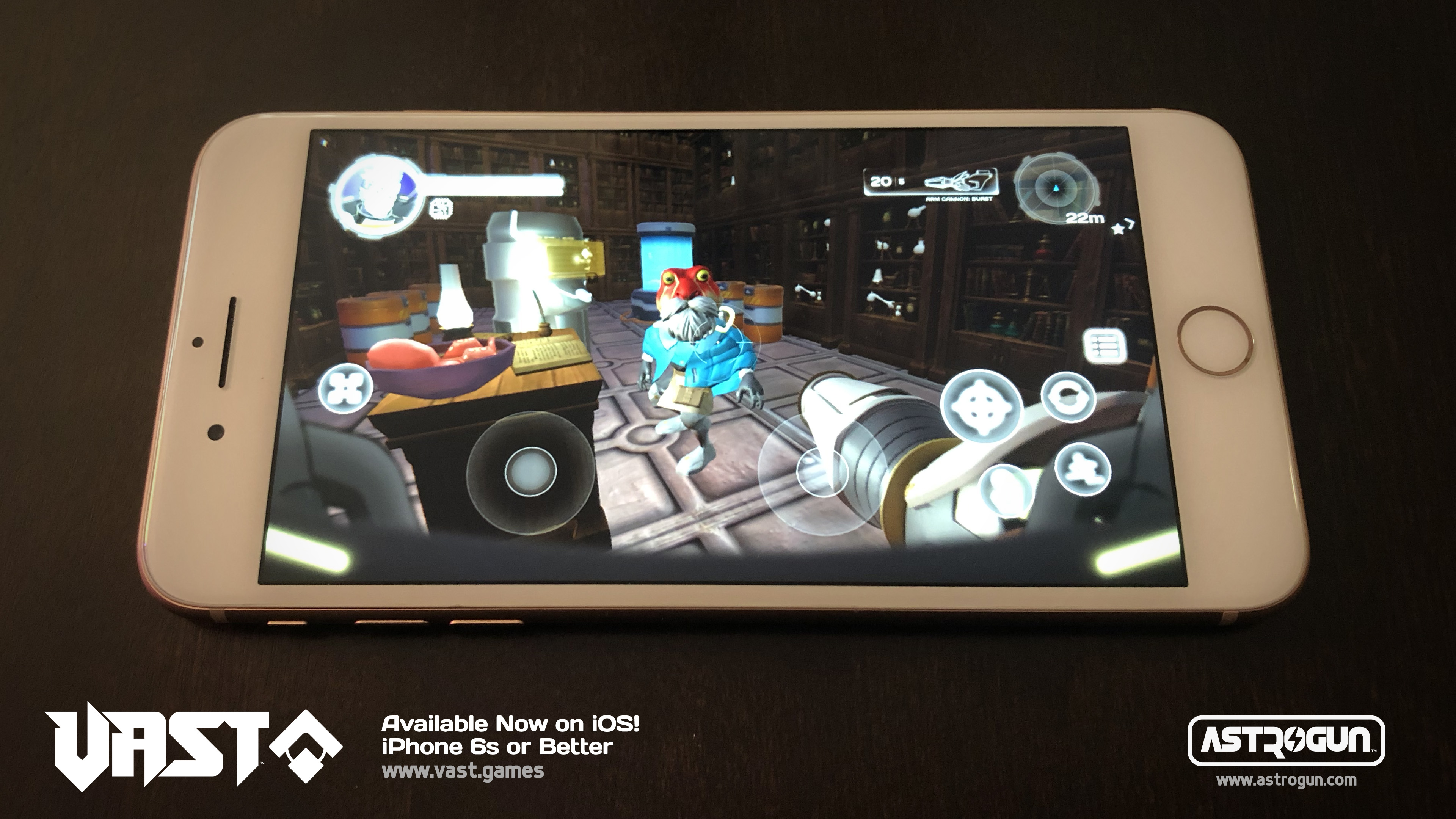 VAST has now soft-launched worldwide on iOS with VAST – Pocket Edition (currently for iPhone only, requiring iPhone 6s or better) at a 25% off sale price throughout January at $14.99 USD. This is after initially soft-launching as a timed-exclusive on tvOS in December 2017 with continued refinements throughout 2018. VAST will continue on iOS and tvOS in parallel, sold separately, and ongoing updates, enhancements, and new Episodes will be added for free for customers of each! VAST features the campaign ‘The Frozen Star’ with Episode 1 ‘The Star on No Map’, and more episodes will be coming throughout 2019.

VAST is an anime-flavored sci-fi action adventure first person shooter about a misfit team of cosmic treasure hunters, in way over their heads! Be sure to check out the Astrogun Presskit, and bookmark the official VAST domain at www.vast.games / the Astrogun VAST page at www.astrogun.com/games/vast.

Below are eight screenshots taken directly from an iPhone Plus: 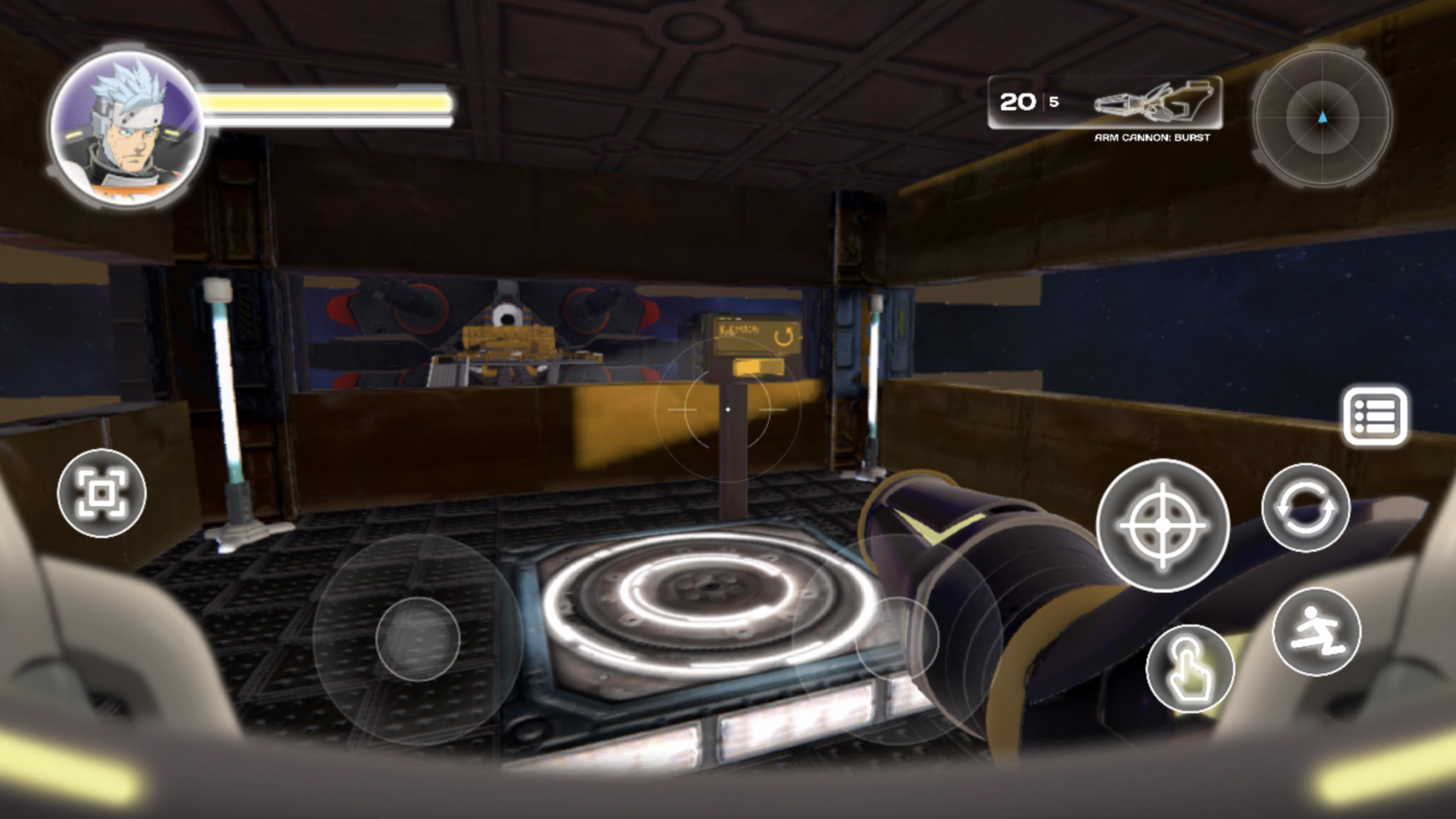 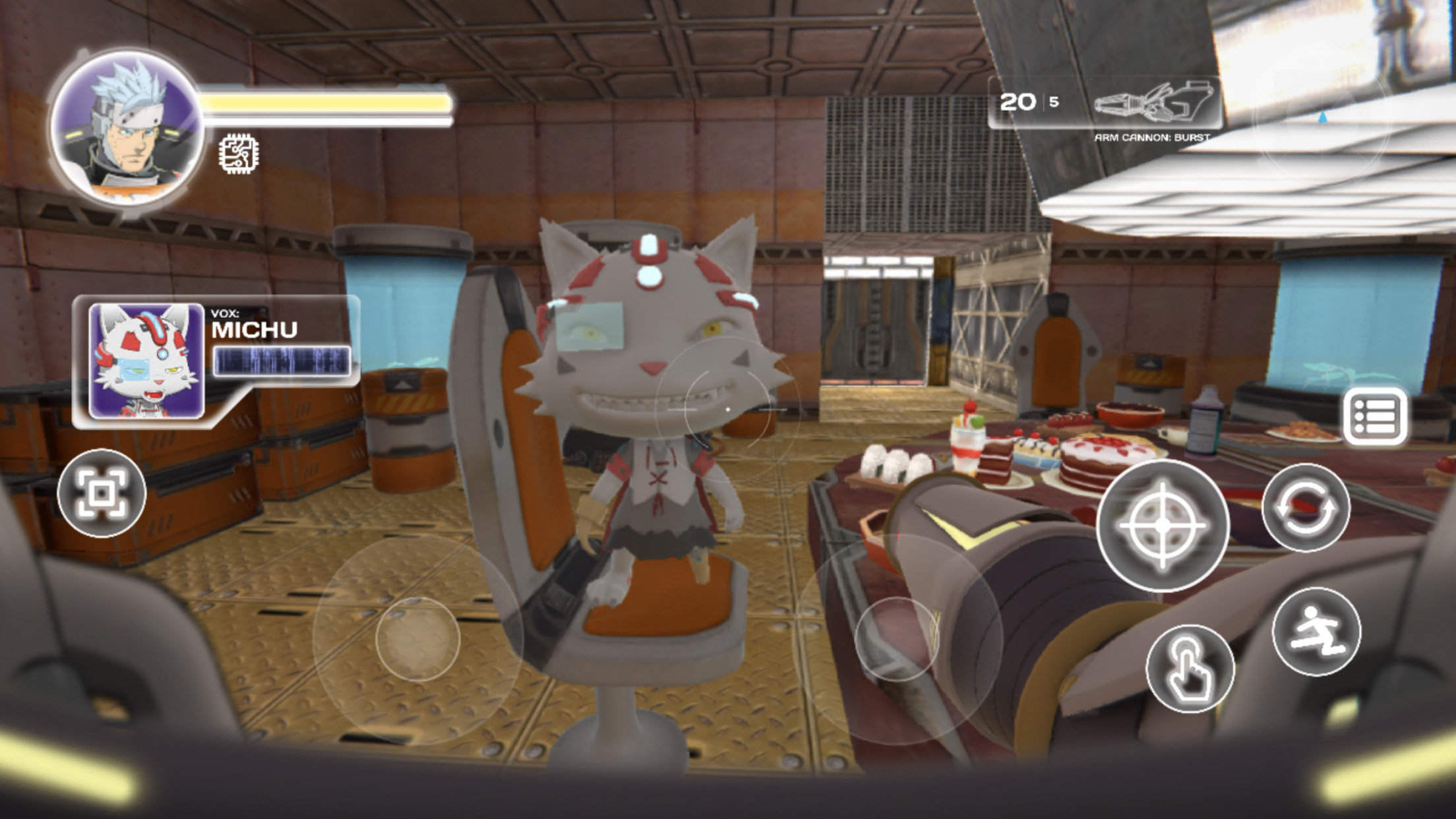 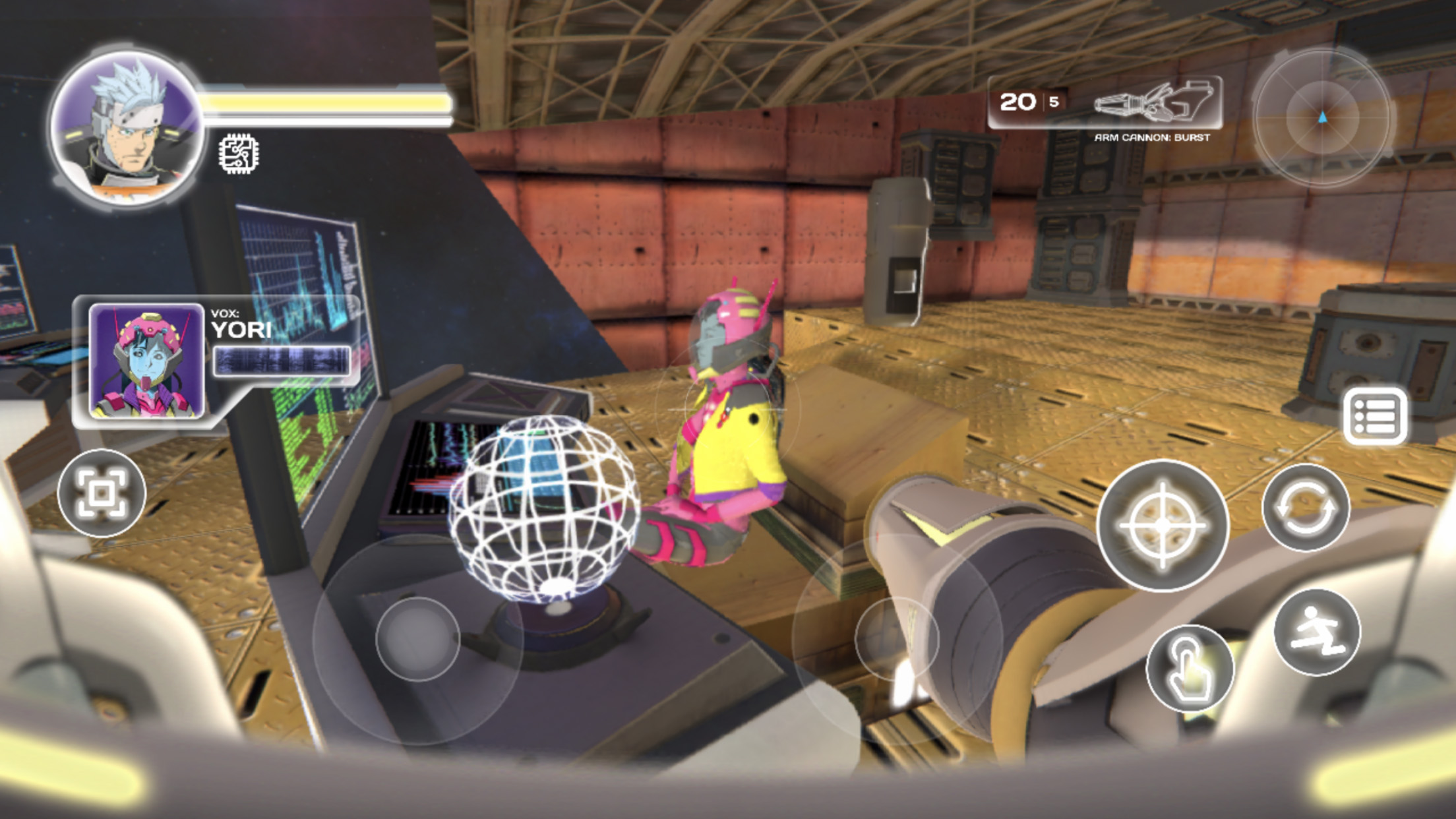 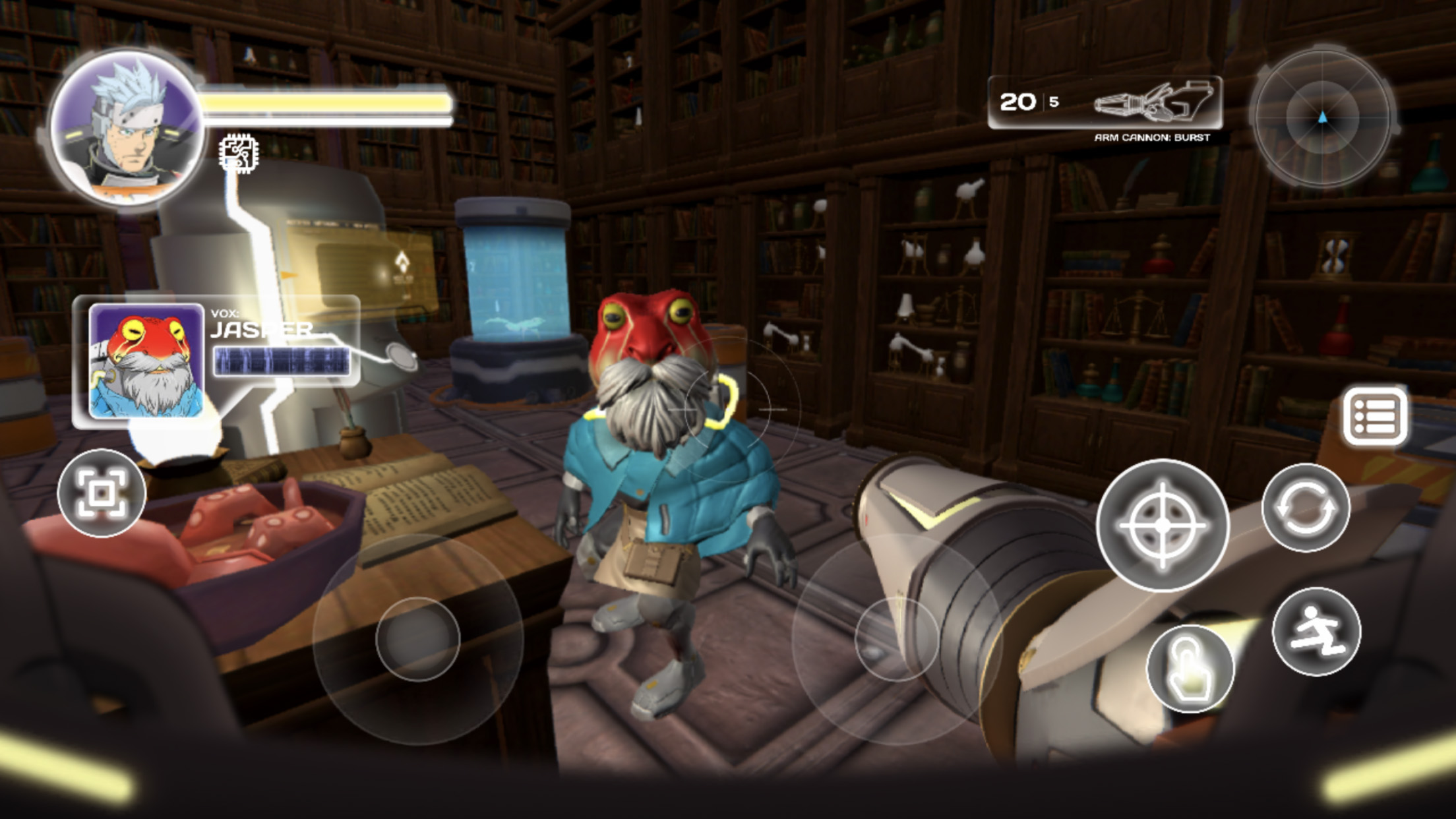 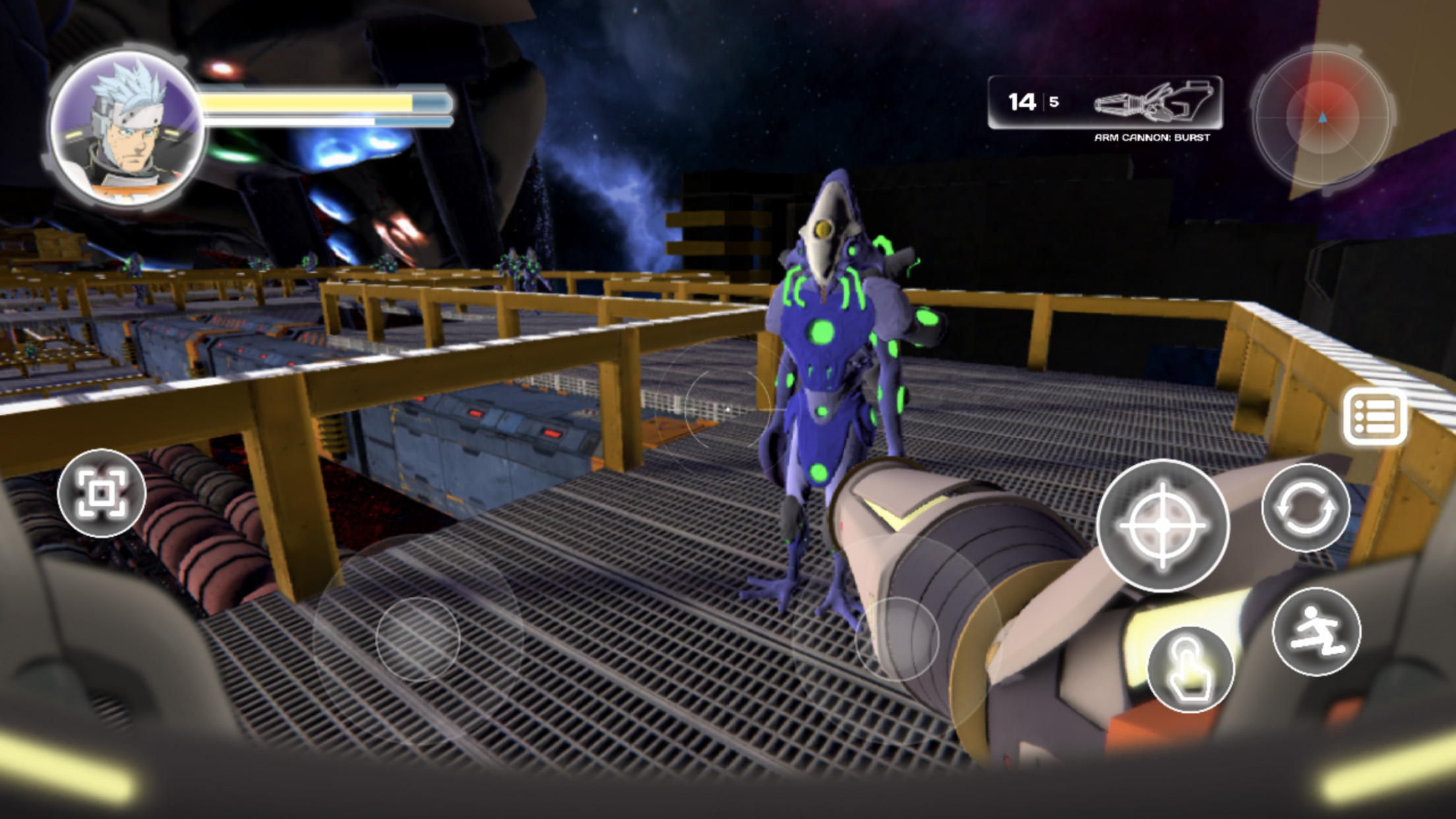 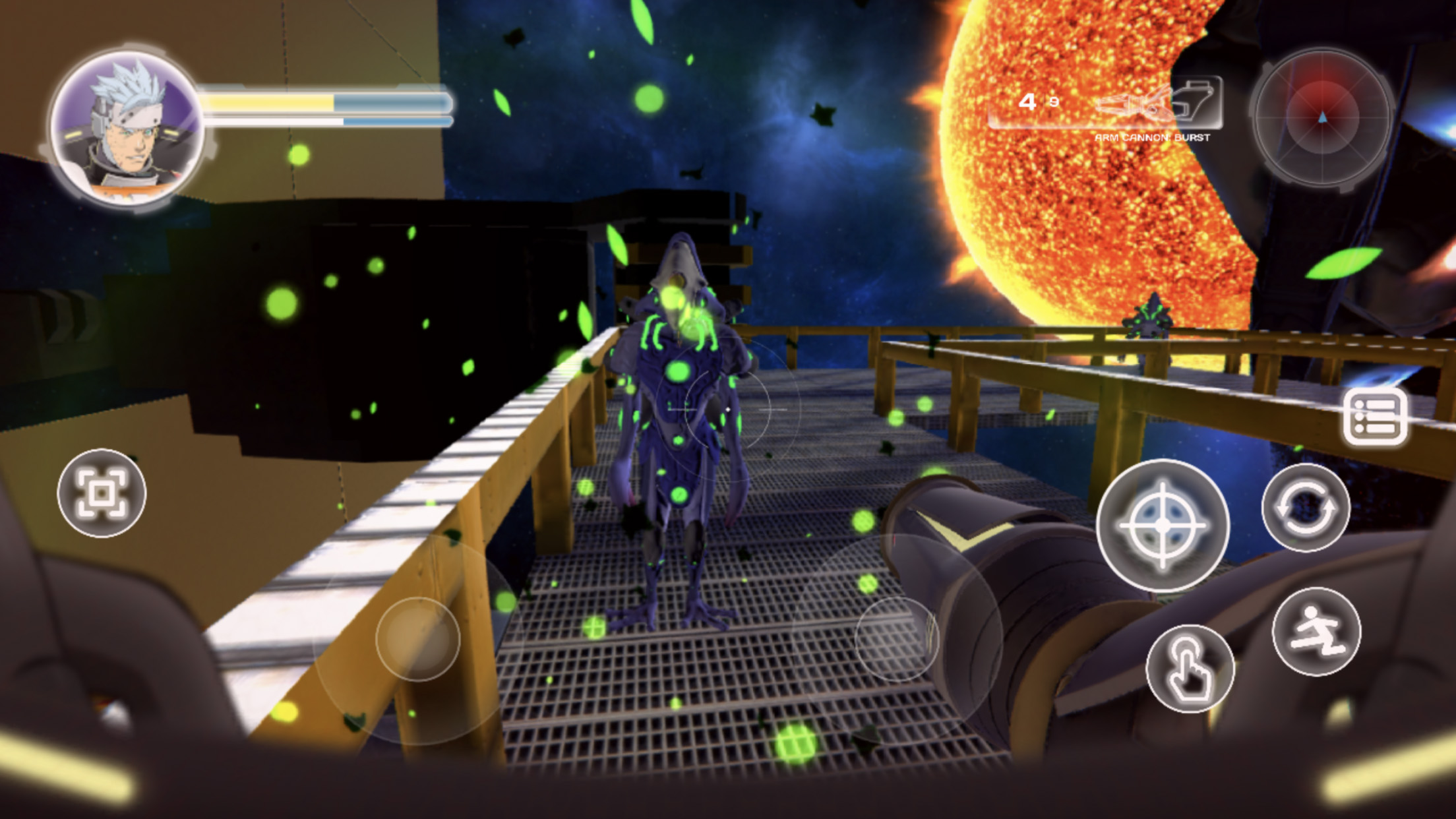 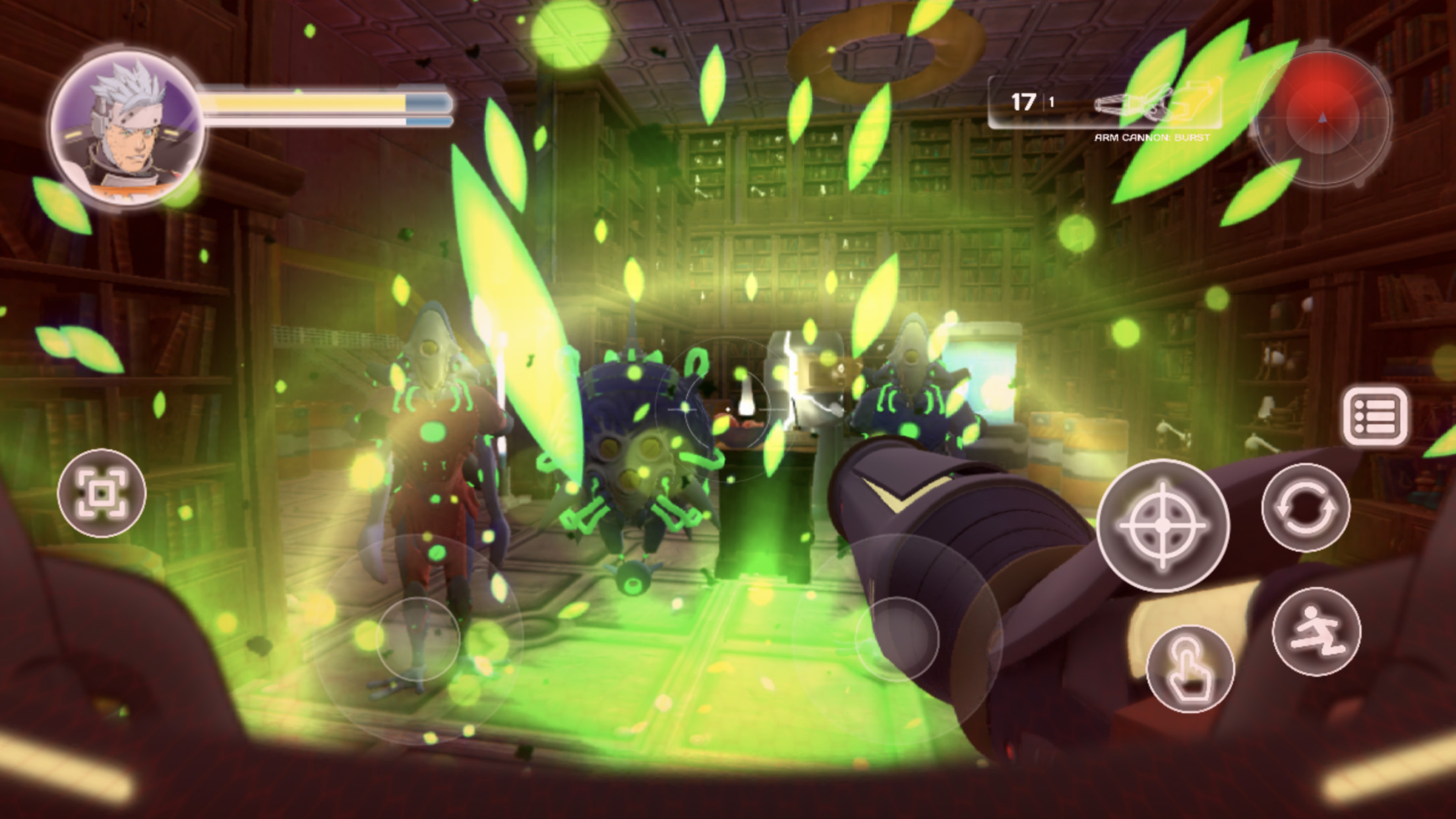 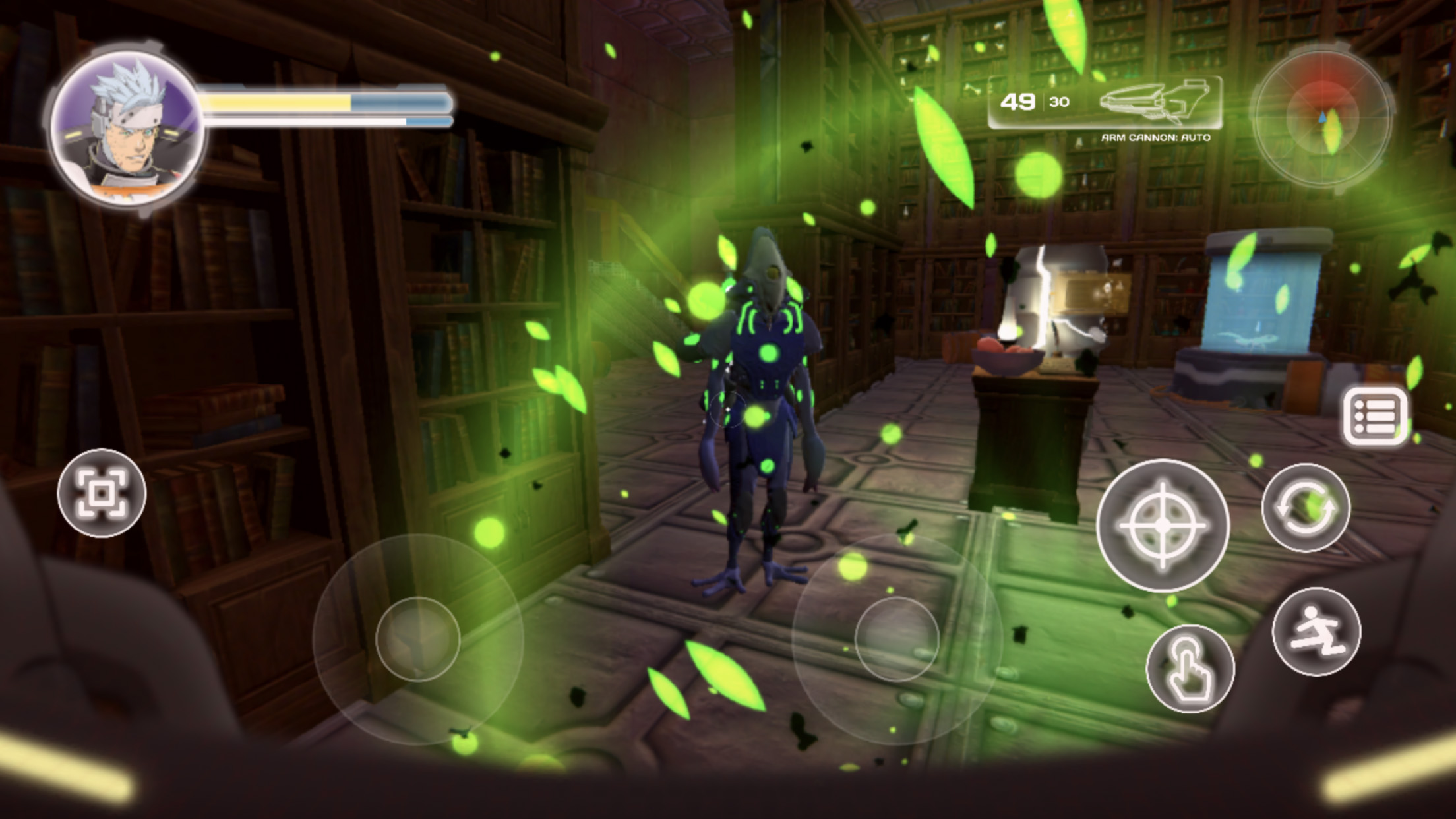 VAST requires a powerful Apple chip and at least 2 GB of memory, previously starting with the A8 chip for its initial launch on Apple TV 4 in December 2017. To launch on iOS, the required baseline is iPhone 6s, featuring the A9 chip and originally released in Fall 2015 in tandem with the Apple TV 4. To achieve parity, the game was optimized for iPhone 6s, the A8 and A9 chips, and mainly Apple TV 4 and iPhone 6s’s memory limitations, which cap at 1.2 GB of use by the app. This became the new Astrogun Starbase™ ‘standard metaconsole’ baseline across multiple platforms now going forward. This is a live unified specification that evolves depending on the platforms Astrogun publishes on and the platforms that are in use and supported by their makers over time.

VAST as Pocket Edition is currently only available on iPhone. To release a version that supports iPad, touch controls will need to include dynamic functionality for use across iPhone and an optimal experience with an iPad’s screen size and resultant grip.

In terms of control, ordinarily touch controls are a challenge for presenting a more standard 3D console style game on smartphones and tablets, while still maintaining play ease and flow equal to a gamepad experience. Developers often come up with unconventional ways to play a first person shooter using touch that never quite work well and aren’t very satisfying compared to a traditional gamepad paradigm. However, Astrogun took this into account from the very beginning of designing and building VAST:

“As a first person shooter, a lot of focus was spent on getting the controls right for both gamepads and touch, without compromising either,” says Xander Davis, Project Lead of VAST and Studio Head at Astrogun. “This involved choices in how the game was fundamentally designed that went far deeper than the controls themselves. The aim was always to make a streamlined, smooth, and fast-paced first person shooter experience that could be enjoyed across as many platforms and devices as possible in a united way, equally from a big screen TV living room experience or the small screen on the go from your pocket. The result is playing VAST with touch controls becomes just as much of a joy as it is with a gamepad.”

That being said, VAST – Pocket Edition isn’t limited to only touch controls either!

MFi Gamepad devices (such as the Nimbus and the Gamevice) are supported with VAST – Pocket Edition. 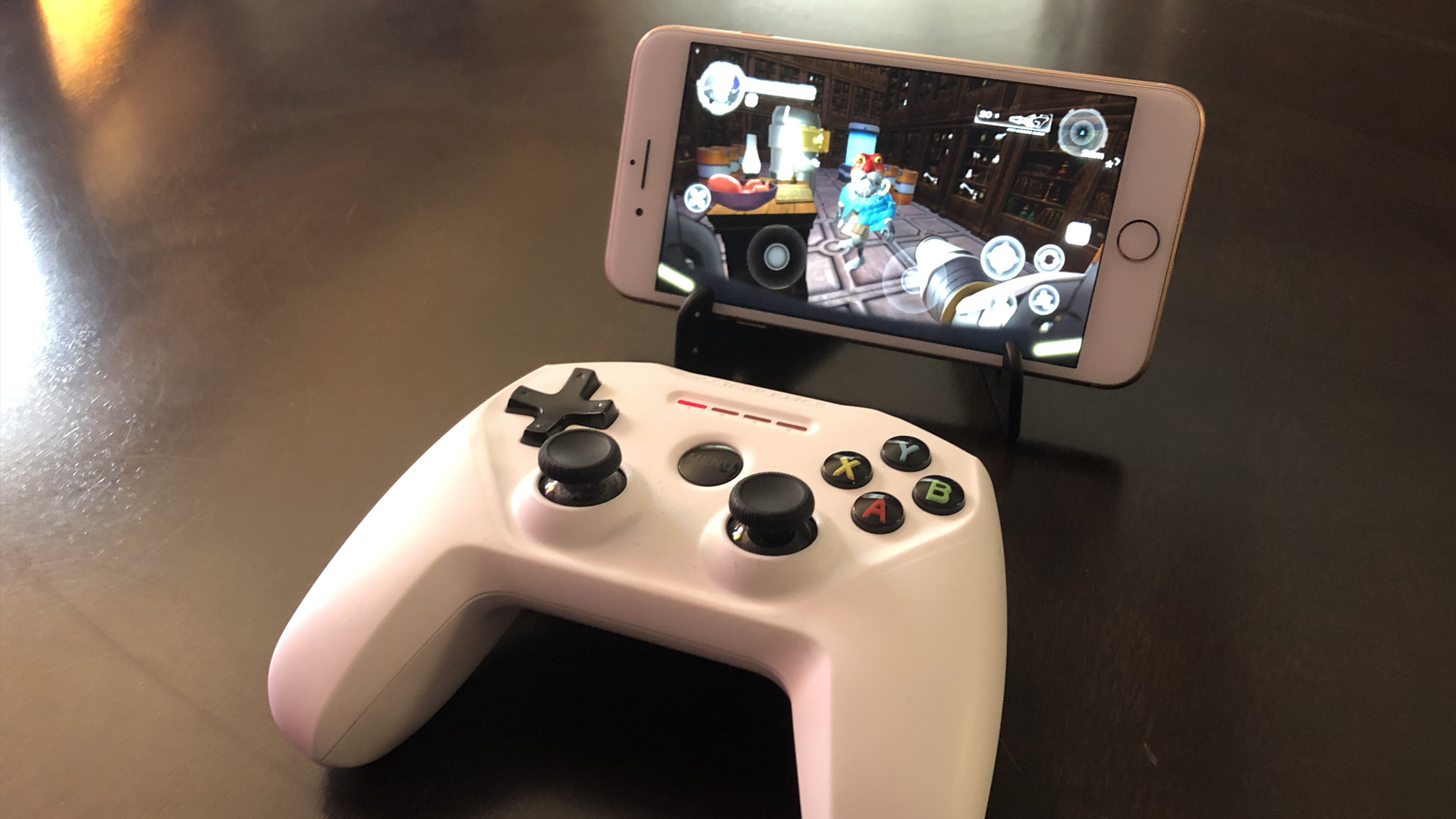 However, there is currently a bug with gamepads on iOS only where the Left Stick (movement) is about half the appropriate speed, while Left Stick on Touch is correct. On tvOS, the Left Stick on gamepads is also correct there. Hence, this bug doesn’t make a lot of sense, and trying to make it work on iOS will likely negatively impact it on all other cases where it does work correctly. A custom workaround will have to be devised. Astrogun expects to find a solution to release in a free update soon. Nevertheless, the game can still be played and enjoyed with gamepads now at launch, while Astrogun expects almost all customers will primarily play VAST – Pocket Edition with touch almost all of the time. 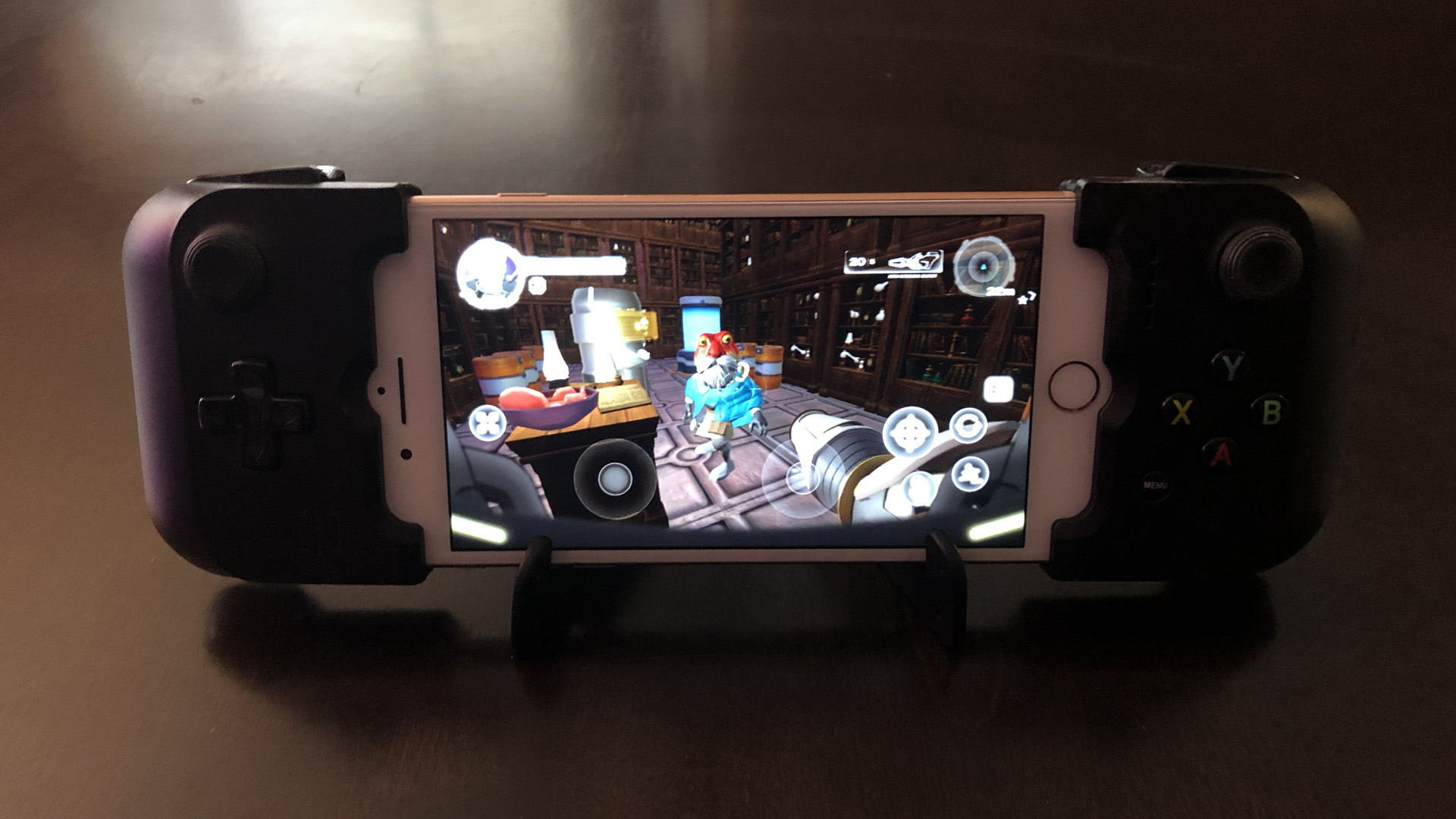 VAST currently does not use any Save System, instead making each playable Episode available as it is released, much like a series on Netflix. Future versions of VAST may include a Save System and unlocking player progression, which may also take advantage of cloud saves between the iOS and tvOS editions for cross-play support.

Optimizations involved in preparing VAST for iOS will be rolled out into the tvOS edition next, likely to go live within the next day.

VAST – Pocket Edition is available now on the iOS App Store! Buy today and enjoy many adventures to come about a team of cosmic treasure hunters in way over their heads!

Discuss at the Forum